You probably already know that greenhouse gases like carbon dioxide (CO2) are building up at an alarming rate, causing increasingly catastrophic climate change. This is no longer purely theoretical: atmospheric carbon has reached its highest level in 800,000 years, and the impacts are already causing starvation, disease, death, and other very bad things.

To stop this from getting worse, we need to drastically cut carbon emissions. While individual action plays a role, what we need most are system-wide tools to meaningfully shift away from fossil fuels to a cleaner economy. Carbon pricing is one of these tools.

What is carbon pricing?

In a nutshell, putting a price on carbon emissions means that it costs something to pollute. This cost ensures that polluters don’t get a free pass to emit carbon. Without a price on carbon, there is no incentive to pollute less, and society is left to foot the massive bills caused by climate change impacts like extreme weather, increased disease, and a host of other costs that will rise as climate change hits home. That doesn’t sound fair, does it?

When it comes to carbon pricing, governments can choose from a few different systems – a carbon tax, cap-and-trade, carbon fee and dividend, are three common approaches. 46 jurisdictions around the world already have a price on carbon pollution in some form or another, including many Canadian provinces. 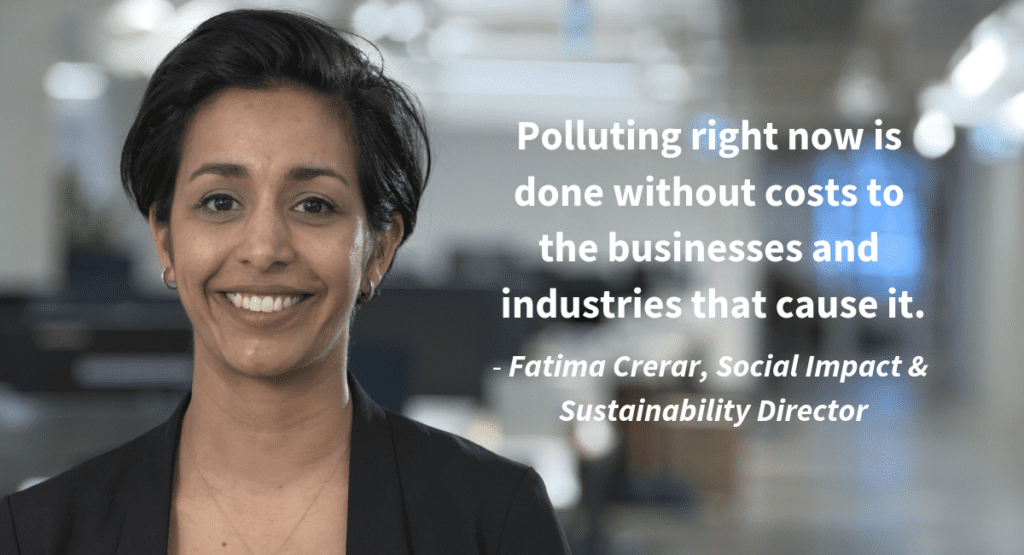 Why is carbon pricing good for the environment?

Pricing carbon gives companies, governments, and individuals an incentive to reduce their carbon emissions, use energy more efficiently and move towards cleaner energy. Since fossil fuels become more expensive, people have an incentive to use less, and the price gap shrinks between clean energy sources like solar power and cheap polluting sources like coal. Suddenly, it makes financial sense to make cleaner choices, and more people shift away from polluting behaviour.

This isn’t just theory. In California, the European Union, the United Kingdom, Sweden, and closer to home in Quebec and B.C, evidence shows that carbon pricing systems have effectively reduced emissions while these economies grew.

What kind of carbon pricing is the federal government applying, and where?

The federal government is applying a price on carbon in any province or territory that doesn’t already have one. This price will be in the form of a fuel levy – an extra charge you’ll pay on goods that rely on burning fossil fuels starting April 1st 2019. This price will gradually increase every year.

It’s pretty simple: if you pollute more, you pay more. Big industrial polluters will also have to pay, but they’re part of a separate system meant to make sure they don’t pack up and leave to pollute elsewhere for cheaper.

Nunavut, Yukon, and P.E.I. are voluntarily following the federal pricing plan. Manitoba, New Brunswick, Ontario and Saskatchewan are not following voluntarily, but since they don’t have their own systems, will also get the federal pricing system. The big difference here is how the revenues are managed. The federal government will be in charge of distributing the revenues from carbon pricing in the non-voluntary provinces, while the voluntary provinces will get to make their own spending choices. 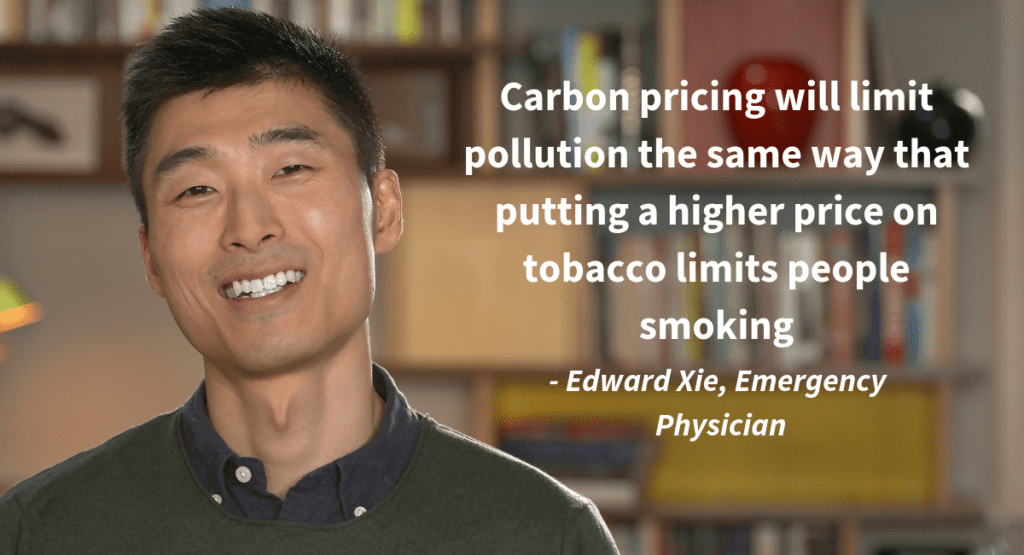 What kind of rebate will I get?

Most of the money raised from the federal price on carbon in affected provinces will go back to the people who pay that price in the first place. This will arrive in the form of a tax rebate which you can apply for right now.

Here’s how it works: the average household will pay slightly more for items that cause pollution (for example, gasoline, which will go up by a few cents per litre). This price signal important – there needs to be some way to encourage a shift away from high-polluting behaviour, which causes climate change. The government will then give back a set amount to households based on what an “average” household would pay in increased costs. This amount changes depending on which province you live in, since not everyone will face the same costs.

By giving back a standard amount, this means that only those who pollute more than average will actually see an increase in costs. Those who take action to reduce their polluting behaviour below average will get more money back than they paid in increased costs. This is a financial reward for taking deeper action.

The main goal is really to discourage pollution by making it more expensive, not to generate revenue..  A perfect carbon pricing system would eventually yield no revenue, because it would change behaviour to reduce carbon emissions to zero.

What is the impact of carbon pricing on the economy?

Economists are virtually unanimous in the view that carbon pricing reduces greenhouse-gas emissions at the lowest possible cost to the economy.

It’s important to look at the facts before believing the myth that limiting carbon pollution limits economic growth. Sweden has the highest carbon tax in the world, yet GDP growth has outpaced the European average by a significant margin since the tax was introduced in the 1990s. In 2017, the 4 provinces in Canada with carbon pricing in place also led the country in economic growth.

Research from two of Canada’s leading environmental economists shows that meeting Canada’s Paris Agreement commitments on climate change will have virtually no impact on our continued economic growth – a difference of 38 per cent GDP growth by 2030 vs. 39per cent GDP growth if Canada takes no action at all. This action will include carbon pricing and many other policies, illustrating that Canada can take stronger action to reduce carbon pollution without harming the economy. 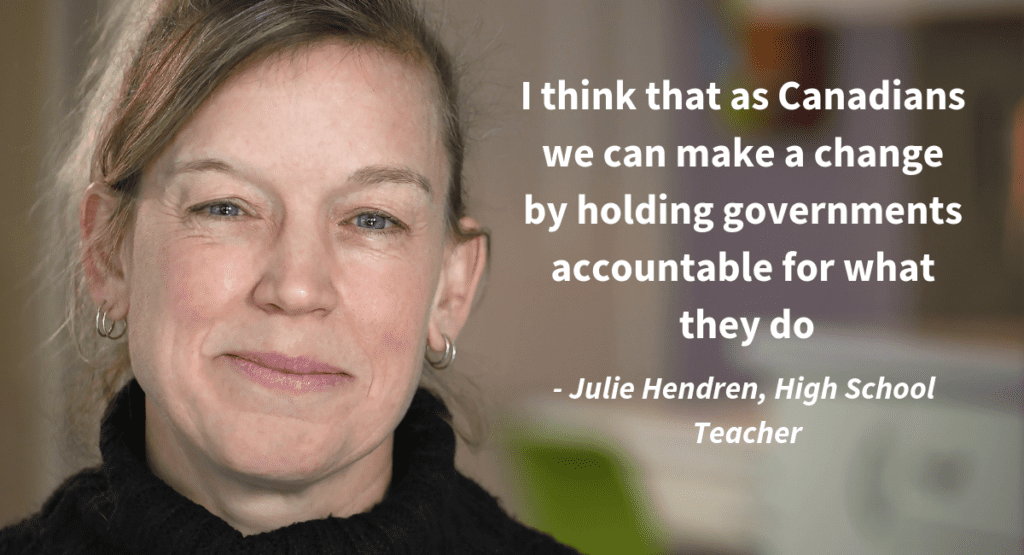 What other tools will help reduce Canada’s greenhouse gas emissions?

In addition to carbon pricing, we need strong regulations, forward-thinking policies, comprehensive programs to encourage behaviour change, and much more action from governments to fight climate change. For example, governments can use regulatory tools like building codes to require enhanced energy efficiency, commit to renewable electricity generation, or encourage change with programs like electric vehicle incentives.

We’ll need all of these tools and many more to meet Canada’s international commitments to do our fair share to keep warming to 1.5 degrees. So what are we waiting for? Let’s get started.