Two new reports from the Clean Economy Alliance lend even more support to the growing evidence from economists and scientists that carbon pricing is a key tool in our arsenal for fighting climate change, and more importantly, a tool that does not stand in the way of a growing economy. One report looks back at how this tool has worked so far in Ontario, and a second looks to the future in 2020.

Looking Back at Year One

So what’s the verdict – did cap-and-trade hurt Ontario’s economy? No.

After a year of cap-and-trade, Ontario’s current system of carbon pricing, there is no evidence that Ontario’s economy suffered. In fact, 2017 marked a seven-year high in GDP growth, and Ontario added over 150,000 jobs. 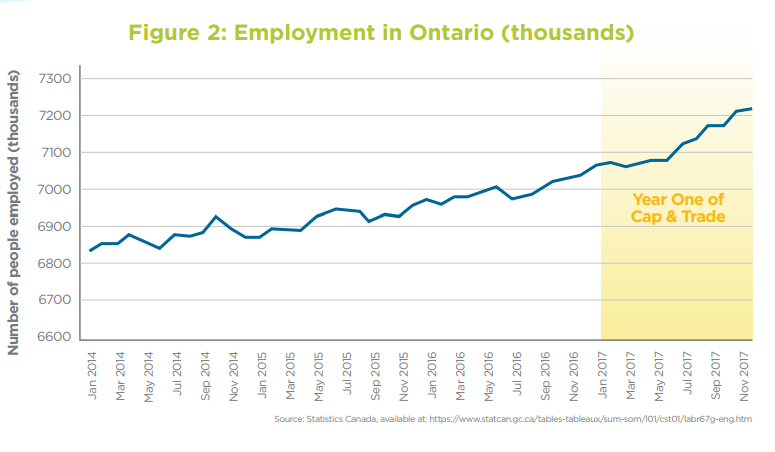 It’s hard to tell at this point, but maybe. We don’t know what the total emissions were in 2017 yet, and won’t know for many months to come. So, we looked instead at whether the activities which actually create GHG emissions have been impacted and what we found is pretty interesting .

By digging through data from a year of fuel sales, we found some early indications that cap-and-trade and Ontario’s Climate Change Action Plan is reducing carbon emissions.  For example, although gasoline sales have seen little change, industrial natural gas use has dropped by 15 per cent. This bucks the trend in the rest of Canada, where natural gas demand grew. 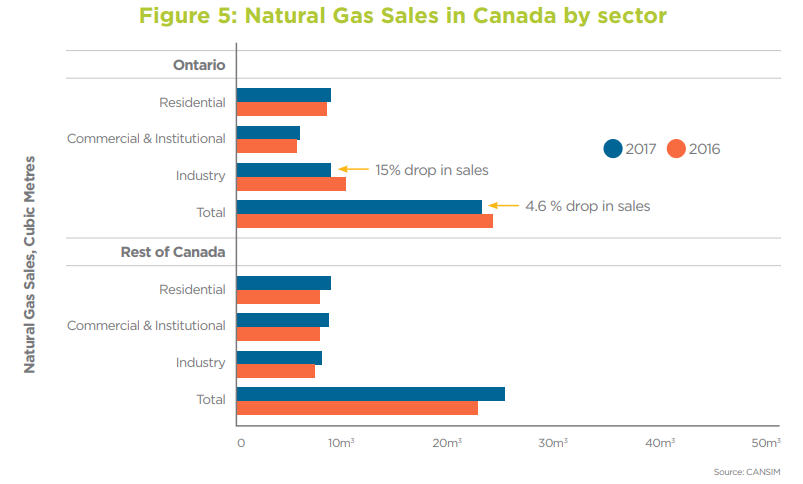 What can we learn from this data?

The lack of impact on gasoline sales shows an important point: carbon pricing alone is not sufficient to fight climate change unless the price is very high. The price per tonne on carbon is currently quite low, so we need to take strong action outside of pricing carbon to achieve deeper GHG emissions reductions. Actions like electric vehicle incentives, funded by carbon pricing revenue, which helped grow Ontario’s electric vehicles sales by nearly 120 per cent in 2017.

We need these two sides of the climate action coin – higher prices for the things we don’t want, and investments in the things we do want, to work together to help cut our emissions quickly. 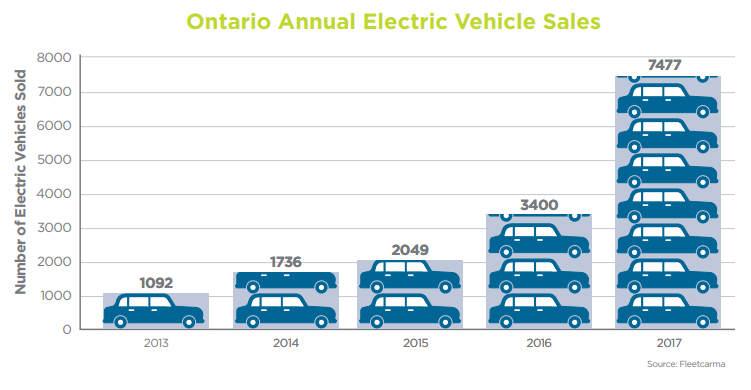 In No Bad Option: Comparing the Economic Impact of Ontario Carbon Pricing Scenarios, the CEA teamed up with policy analysts at the Canadian Centre for Policy Alternatives to model the impact of two potential carbon pricing scenarios in Ontario in the year 2020: a carbon tax modeled on the federal government’s requirement, or Ontario’s current cap-and-trade system.

Why the different results – aren’t they both just putting a price tag on carbon pollution?

Yes and no – the devil really is in the details when it comes to carbon pricing.  For this study, analysts assumed that the carbon tax scenario would be “revenue-neutral,” with all revenues coming from the tax going right back into tax breaks for individuals. The current cap-and-trade system is “revenue-positive,” with revenues recycled into climate-related programs like the electric vehicle incentives described above. The cap-and-trade plan also includes additional policies as outlined in Ontario’s Climate Change Action Plan. These programs pick up a lot of the slack from a low price on carbon, helping to further reduce emissions. And cap-and-trade also benefits from the linked carbon markets between Ontario, Quebec, and California. 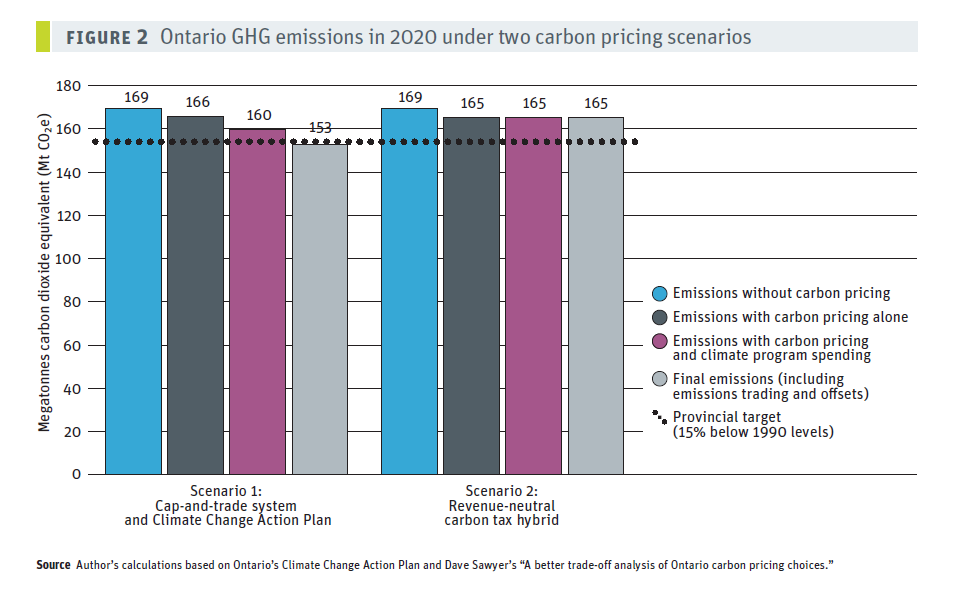 But could a carbon tax recycle revenues into climate action, making it revenue-positive? Absolutely. In fact in British Columbia, they’ve recently switched their carbon tax from a revenue-neutral into a revenue-positive system in an attempt to raise the chances of meeting their climate targets. Alberta is putting some of their revenues back into emissions reductions as well.